I am a Licensed Life Coach and NLP Practitionner, Cognitive Behavioral Therapist and Hypnotherapist and have been a registered Psychometrist (PMT 0086835) with the Health Professions Council of South Africa since 2011.
I did my Honors Degree in Psychology at UNISA and my Bachelor's degree at the University of Pretoria where I specialized in Psychology and Criminology. I successfully completed a Diploma in the various Treatments and Effects of Addictions at the Open College University in the United Kingdom and own a certificate in Basic principles for First Line Managers from UNISA, SA.

My Life Coach and NLP trainning was done at School of Life in South Africa, and my Psychometric training through UNISA. I gained a vast amount of knowledge while working at Momentum in Centurion, and been working independently since 2011. I got accreditations for the  Personal Profile Analysis (PPA) tool at Thomas International,  Cognitive Process Profile tool (CPP) tool at Cognadev and the Learning Potential Computerised Adapt (LPCAT) developed by Marie De Beer. 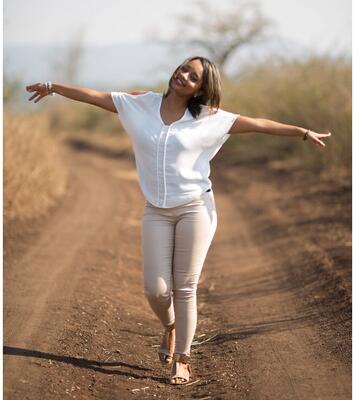 My mission as a Life Coach is to assist you moving from Point A to Point B through a process of facilitation. I provide individual and group coaching for individuals and companies as well as Team Building activities in order to maximize the team motivation, growth and productivity.

I have more than 5 years’ experience in the corporate world in Management at the Telecommunications Industry and in Psychometric Testing. In 2016, I went to London, and undergone training in Cognitive Behavioral Hypnotherapy at the UKCollege of Hypnosis and Hypnotherapy, one of the world's leading accredited hypnotherapy schools specializing in an evidence-based approach. I had also trained in Rational Emotive Behavioral Therapy (REBT) at the CCBT college, which is a pioneering form of CBT developed by Albert Ellis. For my Continuous Learning Development, I had the privilege to attend some seminars from Windy Dryden who is one of the leading practitioners and trainers in the UK in CBT and the first Briton to be accredited in REBT at the Albert Ellis Institute. The basic notion about REBT Is that it is not the events that happen in our lives that disturb us, but the belief that we hold about the event that disturbs us, in other words we disturb ourselves.

On the 25th of October 2018, I have launched my book ''On the road to enlightenment: A philosophical way of looking at things'' of which I share all the ideas and perspectives I have learnt and find extremely helpful mostly related to eastern philosophy, the cognitive behavioural perspective, highly influenced by the teachings of the philosopher Alan Wilson Watts and my experience during the time spent at a Tibetan monastery in Nepal.

I later launched The Secret Letters of a Psychotherapist and The Golden Therapy: Cognitive Behavioural Therapy and Hypnotherapy.

SCHEDULE APPOINTMENT
Start your new path in life and be the change today!
Helpful Forms
Click here to view and print forms for your appointment.
Sharlene Raston, Sema
+258 84 9552710
Maputo
Mozambique